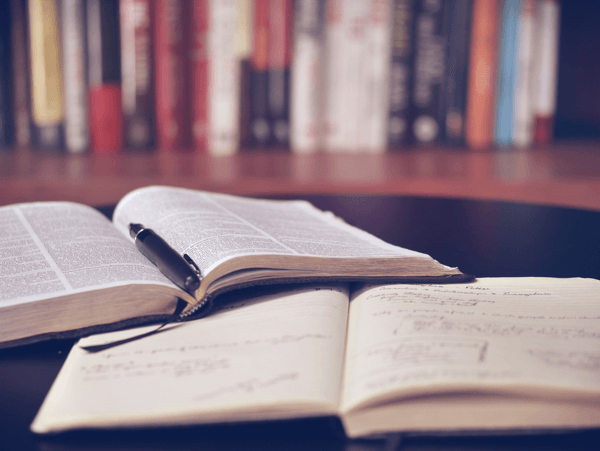 Going Full Circle in the World of Industrial Manufacturing

Forward thinkers have played a monumental role in the development of modern technology. Whether businesses are in the market to develop, manufacture, or distribute membrane switches, touch capacitors or other industrial products, the key to each company’s success rests in the talent they hire.

Cal Poly graduate and entrepreneur Scott Housman knows this theory all too well.

Crediting the vigorous program as one that inspired and prepared him to step directly into an ever-demanding, ever-changing field, Housman and his team at Sigma 6 are on the cutting-edge of the world of industrial printing.

“Our success is due in part to the team we have in place,” he said, describing how recruiting and retaining qualified staff, remains one of the industries biggest challenges. But just as tedious as designing and building a flawless prototype for any size capacitor, so too is the process of pursuing well-trained individuals.

Cal-Poly Industrial Technology professor Manocher Djassemi PhD, shares how one of the universities goals is to help California industries in meeting their needs with respect to processes of design, optimization, and re-engineering and in competing globally, by educating and training engineers with advanced practical knowledge in the field of Industrial Engineering.

And that demand is growing. According to figures published by the U.S. Bureau of Labor Statistics, manufacturers of semiconductors and electronic components experienced a significant increase in 2010-2011.

That’s promising news for the industry because the demand for electronics and other technological gadgets is visible.

“Last year we experience a need for two interns,” said Housman, telling how they required assistance with document management and the creation of certain procedural processes.

“We also needed help with a new project for screen printing glass for the iPhone 4 and iPhone 5.” He contacted the university knowing he would not only receive the additional help, but it would be an opportunity to give back to the school and provide a chance for student to experience a genuine work environment.

With nearly 200 students enrolled in the program, Djassemi emailed the upperclassmen connecting a handful of interested students with Housman. One such person was Robert Kirkpatrick.

“Even though I initially started out as a computer science major, I knew I wanted to move on to something more physical, more tangible and hands on,” he said, describing how he switched his major to Industrial Technology and has never looked back.

While he had applied to a handful of internships, he found Sigma 6 particularly interesting because it was with a smaller size company.

“I wound up getting to wear a lot more hats while I was there,” he said, explaining how his primary responsibilities included engineering membranes for keypads.

Similar to the kind you would encounter on an airplane used to call or alert a flight attendant, the membrane had graphics applied to both the top and underside.

Kirkpatrick shared how Sigma 6 customers would arrive on site with precise details about the type of panel they were seeking. The Sigma 6 team would run with the concept by creating a set of comprehensive designs, which upon approval, would be used to build a prototype and ultimately used for mass production.

“It could have 20 keys or one depending on the specific need for their application,” he said.

In addition to interfacing with customers and big name suppliers, Kirkpatrick worked with automated machinery, packaging and a variety of industry tools.

Grateful for the experience, particularly the amount of hands-on time he encountered, he said, “You really learn by doing.”

Djassemi couldn’t agree more, touting Cal Poly as one of the best universities to find “career-ready” engineers who are highly sought after, receive multiple job offers, and experience excellent salaries upon graduation.

He tells how part of the debrief process for seniors involves a project or in this case internship.

“There is a continuous process, including project proposal, progress reports, communication between the company and professor,” he said, defining the process as one that takes about six months, occurs from August through February and is summarized in a final 50 to 60 page report submitted to the professor that gives a detailed overview of process, data, and technology. A grading rubric is applied to the project and based on 22 different metrics.

Recognizing Kirkpatrick as a talented and disciplined student, Djassemi said the Sigma 6 internship was a good match for him.

Kirkpatrick added, “At Sigma 6 I also leaned you can apply a lot of things you’re taught in the class room, but it’s not always about that. You have to learn to adapt. The school gives you the tools and prepares you, but from there you have to figure it out.”

Upon the conclusion of his internship, Housman was so impressed by Kirkpatricks work ethic and eagerness to learn, that he recommended he apply as a quality engineer for Pacific Maritime Industries, a well respected shipboard furniture manufacture for the U.S. Navy.

“Scott knew about the opening and thought I would be a good fit,” said Kirkpatrick, acknowledging the tremendous value interpersonal relationships play in any industry and how even the simplest connections can become part of your career portfolio.

Advising future graduates to consider working for a smaller company, he said, “It’s such a different environment. In a large company you have one role to fill. But with a smaller business, you can do a variety of things.”

Djassemi shares how 75 percent of U.S. manufacturers are comprised of small companies with 50 or fewer employees. He says that while there are a variety of offshore manufacturers, the small businesses will continue to have an advantage in local manufacturing because of their efficiencies, lower shipping costs, and access to college and university graduates.

Applying his industry experience, Housman has witnessed a variety of new trends over the past couple decades. He names off-shore manufacturing and evolving technology that includes touch screens, capacitive touch systems, and de-sensors as some of the reasons why hiring forward thinkers can give companies a cutting edge in the custom world of industrial manufacturing.

“We are seeing a lot more electronics with smaller, more integral moving parts. But in order to stay competitive and innovative, we have to be sure we hire experienced, educated, well balanced people. It’s not only good for the industry, but for the future of technology.”